A Celebrity who has Adopted: Madonna’s Adoption Story

Many expectant woman choose adoption. Every adoption story is very unique, and is told in a way that allows for babies to become invested in their own story, and to become more curious about their story, as time passes. While adopting has become more and more common, did you know that a lot of celebrities also have adopted? Did you know that Madonna is one of those well known faces? As a celebrity who has adopted, Madonna’s story is special and we feel that it should be further examined.

Madonna is the proud mother of six children. She has adopted four of her children from the African country of Malawi. While Madonna did receive criticism for her adoptions, she is very proud of how far along she has come along with all of her adoptions. Madonna even co-founded a charity called Raising Malawi, which helps to provide health services for children in Malawi.

In addition, Madonna helped to open the Mercy James Centre for Pediatric Surgery and Intensive Care, which is Malawi’s first children’s hospital. Madonna has traveled to Malawi three different times to adopt her children, and she believes that each experience has been very unique. When asked about her adoption journey, Madonna replied, “It’s complicated, but it’s so worth it.” Today, Madonna still happily lives with her six children, and cherishes every moment. We want to take a moment to review with you, what made Madonna’s adoption successful.

Madonna’s Adoptions were All Transracial Adoptions

We recently discussed the benefits of a transracial adoption and why you should consider them. As you read, Madonna does not see race as a barrier, and neither should you. She loves all of her children equally and all have proven to succeed very well in life. Transracial adoptions are also becoming more and more popular, and we believe that transracial adoptions are an excellent type of adoption to select. These reasons include having an increased exposure to diversity and recognizing stereotypes and how to confront them.

You may not have as much money as Madonna. But, we have good news! You do not have to use any money in order to take an extra step. With Madonna, she took an extra step by opening a children’s hospital in Malawi. You do not need to go that far! An extra step that we do recommend, however, is making the effort to get in touch with your prospective baby’s prospective adoptive parent(s). No adoption is a “one and done” type of scenario.

Of course, you do not have to be like Madonna and open a hospital, but you should think about getting a little bit ahead of your adoption journey, if you can. For Madonna, she got a little bit ahead by constantly traveling to Malawi and helping the country as much as she could, so that she could become more culturally aware.

As a birth mother, an effective way for you to take an extra step in your adoption journey is through getting in touch with your baby’s adoptive parents. In doing this, you can establish a strong and healthy relationship with them, which will help ensure a smoother and more positive adoption experience overall.

What is Madonna’s “Extra Step”? What can Mine be, and can I Take that Extra Step?

Absolutely! You do not have to take your adoption as extreme as Madonna did and open a hospital. However, if you want to get a head start on communicating, you can always take an extra step with yourself. For example, this could include: talking with your caseworker, discussing personal preferences and concerns, and making sure your adoption plan is laid out so that you don’t feel like you’re in this alone. It could also be a good idea to look into transracial adoptions and find out why they could be a good fit for you. 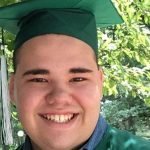 Meet the Author: Jason Legasse is a rising senior English major studying at Siena Collegein Loudonville, New York. He hails from the Albany, New York area, but has plans to relocate to sunny Venice, Florida with his mom come Fall. After completing his bachelor’s degree, Jason plans to study General Special Education at Meredith College, where he will earn a Master’s degree and use that to teach middle school Special Education.

Jason is a self-proclaimed introvert with Asperger’s who really enjoys writing. He has a huge passion for helping others, specifically those with disabilities. He is very excited to be working with Adoption Choices over the summer, and looks forward to learning more about the adoption process!

We are operating full service during this time and will not be shutting down operations. Please let us know how we can help.